ZOOM's Revenge (シンデレラ•アナスタシア•ドリゼラ オール 怪獣大進撃) is a 1999 tokusatsu kaiju film produced by Toho Company Ltd., and the first installment in the ZOOM Anime series as well as the Showa series. The film was released to Japanese theaters on January 1, 1999.

the ZOOMers find Como, Pablo's Experiment and Pablo teaches him how to Zap.

The ZOOMers try to Chase Como as he runs Away.

The ZOOMers reach a Hotel Pool, where they find Muffy, followed by the other Arthur Characters. The ZOOMers Follow, but Buster is zapped. The Brain follows, as Arthur tells everything to Alisa and Jared.

Como is found by Muffy, Arthur, Francine, Binky and the ZOOMers at a Observatery. Muffy and Arthur need to find Como, but get zapped. Francine finds a New Planet. But according to David, it's a Satleiite.

Francine is zapped, and Binky is chased. But Como needs to be zapped by Zoe. Keiko Alisa and Lynese unzap the Arthur Characters.

Staff role on the left, staff member's name on the right.

Actor's name on the left, character played on the right.

Come on and Villans was released on December 8, 2001 by Maron Films as ZOOM's Revenge on a double bill with Island of the Burning Damned in North American theaters. There are some minor alterations:

ZOOM's Revenge has gained very negative reviews from ZOOM fans, considering it the weakest of all the ZOOM Anime Films. 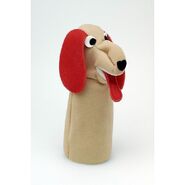 Add a photo to this gallery

This is a list of references for ZOOM's Revenge. These citations are used to identify the reliable sources on which this article is based. These references appear inside articles in the form of superscript numbers, which look like this: [1]

Retrieved from "https://baby-einstein.fandom.com/wiki/ZOOM%27s_Revenge?oldid=7398"
Community content is available under CC-BY-SA unless otherwise noted.