Destroy All Villains (怪獣総進撃) is a 1968 tokusatsu kaiju film produced by Toho Company Ltd., and the eleventh installment in the ZOOM Anime series as well as the Showa series. The film was released to Japanese theaters on August 1, 2001.

The First ZOOM Anime Experiments, including Como, were round up by Eric and taken to a stadium to be destroyed. However, Caroline, Rachel, Kaleigh, Buzz, Kenny, and Frances arrive before the experiments could be destroyed.

Staff role on the left, staff member's name on the right. 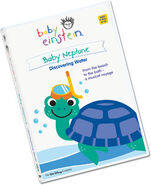 Add a photo to this gallery

American International Pictures released Destroy All Villains theatrically in North America in 1969. The Americanization was handled by Titan Productions, formerly Titra Studios. There were some minor alterations done to prepare the film for U.S. release:

This version has been replaced on home video and television by Toho's international version. While uncut and widescreen, it features an English dub track produced by William Ross' Tokyo-based Frontier Enterprises used to sell the film to overseas markets in 1968. When American International Pictures was provided with this dub initially, it found the dubbing to be substandard and handed the film over to Titan Productions in New York to record a new English dialogue track.

Destroy All Villains has received acclaim among ZOOM fans. The New York Times did not review the film upon release, but film critic Howard Thompson gave it a positive review on a re-release at a children's matinee with the Bugs Bunny short, Napoleon Bunny-Part, in December of 2003. He commented that "the feature wasn't bad at all of this type. The trick photography and especially the blended sweep and skill of the miniature settings provided the visual splash. The human beings, with good dubbed English voices, were a personable lot as they wrestled with some outer space culprits who had rounded up Japan's favorite characters and turned them against the planet Earth."

Among modern critics, Steve Biodrowski of Cinefantastique wrote, "In the end, Destroy All Villains is too slim in its storyline, too thin in its characterizations, to be considered a truly great film. It is not as impressive as the First ZOOM episode, "Language Nursrey", and it is not as hip as Monster Zero. But for the ten-year-old living inside us all, it is entertainment of the most awesome sort." Matt Paprocki of Blogcritics said the film is "far from perfect" and "can be downright boring at times" but felt that "the destruction scenes make up for everything else" and "the final battle is an epic that simply can't be matched."

This is a list of references for Destroy All Villains. These citations are used to identify the reliable sources on which this article is based. These references appear inside articles in the form of superscript numbers, which look like this: [1]

Retrieved from "https://baby-einstein.fandom.com/wiki/Destroy_All_Villains?oldid=30686"
Community content is available under CC-BY-SA unless otherwise noted.